FiveFingers Shoes, YUP, They Will Pay Millions To Those Who Bought Their Shoes! 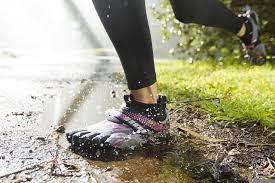 Well it didn't take as long as I thought, but only after a few short years, Vibram is going to pay millions to those who bought their shoes and thought it would changed their life. Well it did, it messed them up.

I have to say, Newton Running, gives you a tutorial on running in their shoes, how to build up on millage, get used to your shoe. Vibram did no such thing.


Vibram USA, the company that makes FiveFingers running shoes, has agreed to settle a lawsuit that alleged the company made false and unsubstantiated claims about the health benefits of its glove-like footwear. According to the court filings, Vibram settled to put the matter to rest and avoid any additional legal expenses. “Vibram expressly denied and continues to deny any wrongdoing alleged in the Actions, and neither admits nor concedes any actual or potential fault, wrongdoing or liability,” read the court brief.
The settlement consists of two kinds of relief. The first is refunds to class members who submit valid and completed claim forms. Vibram will deposit $3.75 million into an escrow account and those funds will be distributed to those valid class members who purchased a pair of Vibram FiveFingers between March 21, 2009 and the date of the first dissemination of summary settlement notice or class notice, whichever is earlier. FiveFingers will award up to a maximum of $94 per pair, though the agreement acknowledges that based on similar settlements it is reasonable for class members to expect to receive between $20 and $50 per pair.
Full Story on RW
Posted by Aaron Usiskin at Thursday, May 08, 2014